This week we are educating on serious skin conditions to make us all aware of the possible side effects of sun exposure. This week we are hi-lighting an article from American Academy of Dermatology, talking about MELANOMA. Educate yourself and prevent!

Q. What is melanoma?
A.  Melanoma, the most serious form of skin cancer, is characterized by the uncontrolled growth of pigment-producing cells. Melanomas may appear on the skin suddenly without warning but also can develop on an existing mole. The overall incidence of melanoma continues to rise. In fact, melanoma rates in the United States doubled from 1982 to 2011.
Q.  Is melanoma a serious disease?
A.  Melanoma is highly treatable when detected early, but advanced melanoma can spread to the lymph nodes and internal organs, which can result in death. It is estimated that 7,230 people will die from melanoma in 2019.
Q.  What causes melanoma?
A.  Exposure to natural and artificial ultraviolet light is a risk factor for all types of skin cancer, including melanoma. Research indicates that UV light from the sun and tanning beds can both cause melanoma and increase the risk of a benign mole progressing to melanoma.

The majority of melanoma cases are attributable to UV exposure. Other possible factors include genetics and immune system deficiencies.
Q.  Who gets melanoma?
A.  Melanoma can strike anyone. In fact, more than 1 million Americans are living with melanoma.
Caucasians are more likely to be diagnosed with melanoma than other races. Even among Caucasians, however, certain individuals are at higher risk than others. For example, men older than 50 have a higher risk of developing melanoma than the general population. Your risk is also increased if you:

Skin cancer can affect anyone, regardless of skin color. In patients with skin of color, the disease is often diagnosed in its later stages, when it’s more difficult to treat. Research has shown that patients with skin of color are less likely than Caucasian patients to survive melanoma.
​
Q.  What are atypical moles?
A.  Most people have moles (also known as nevi). Atypical moles are unusual moles that are generally larger than normal moles and variable in color. They often have irregular borders and may occur in far greater number than regular moles. Atypical moles occur most often on the upper back, torso, lower legs, head and neck. It is important to recognize that atypical moles are not limited to any specific body area — they may occur anywhere. The presence of atypical moles is an important risk factor for melanoma developing in a mole or on apparently normal skin.
Q.  What does melanoma look like?
A.  Recognition of changes in the skin is the best way to detect early melanoma. They most frequently appear on the upper back, torso, lower legs, head and neck.

The American Academy of Dermatology urges everyone to examine their skin regularly. This means looking over your entire body, including your back, your scalp, your palms, your soles and between your toes.
If you notice a mole on your skin, you should follow the ABCDE rule, which outlines the warning signs of melanoma:

If you notice a new mole, a mole different from others on your skin, or one that changes, itches or bleeds, even if it is smaller than 6mm, you should make an appointment to see a board-certified dermatologist as soon as possible.
Q.  Can melanoma be cured?
A.  When detected in its earliest stages, melanoma is highly treatable. The average five-year survival rate for individuals whose melanoma is detected and treated before it spreads to the lymph nodes is 98 percent. The five-year survival rates for regional (lymph nodes) and distant (other organs/lymph nodes) stage melanomas are 64 percent and 23 percent, respectively.
Early detection is essential. Dermatologists recommend a regular self-examination of the skin to detect changes in its appearance.  Changing, suspicious or unusual moles or blemishes should be examined as soon as possible. A board-certified dermatologist can make individual recommendations as to how often a person needs a skin exam from a doctor based on individual risk factors, including skin type, history of sun exposure and family history. Individuals with a history of melanoma should have a full-body exam at least annually and perform monthly self-exams for new and changing moles.
Q.  Can melanoma be prevented?
A.    UV exposure is the most preventable risk factor for all skin cancers, including melanoma. Here’s how to protect your skin from the sun’s harmful UV rays: 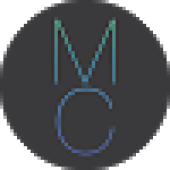 All stories by: Admin
May Specials
June Specials